In honor of #SandyHook: An open letter to America's elected officials 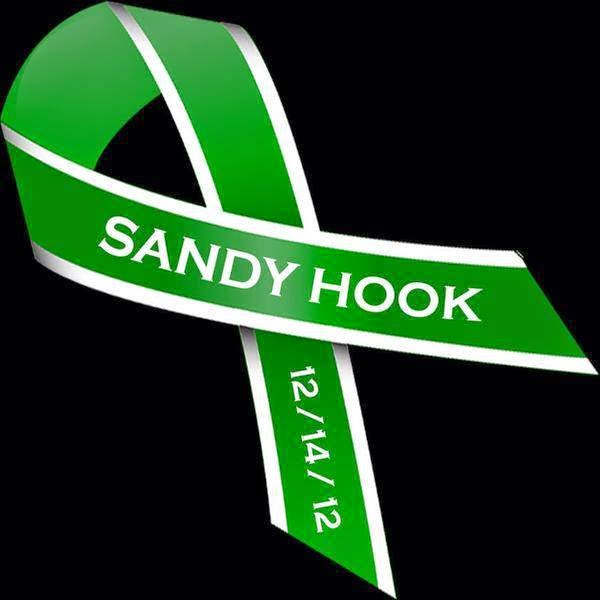 (Note: There are many elected officials across this country from the halls of Congress to the smallest town councils who are working to pass meaningful gun legislation, and I thank them from the bottom of my heart. This letter is written to all, but with a special bent towards those who still don't get it.)

Two years ago today I stood in the hallway of my K-4 school and said to a coworker, "Did you hear? There was another school shooting—at an elementary school. They shot kindergarteners." I remember looking at the little ones who were passing us on their way to class and thinking, it could have been them; it could have been us. According to Moms Demand Action, there have been almost 100 school shootings since that horrendous day at Sandy Hook Elementary School in Newtown, CT, where 20 children and 6 adults were murdered by an insane gunman.

It's been two years since the parents of those children hugged them tight and said goodbye as they walked into their school for the very last time.

Two years, and nothing has been done, but not for lack of trying on the parts of some very dedicated public servants on both sides of the aisle. Why? Why are only some of you trying, and not every single one of you?

"It's not the right time to talk about gun violence," you say.

"We have to let the families mourn," you say.

"We don't want to politicize such a tragic event," you say.

Well, I say, "Baloney!" Every single time a child dies from gun violence—whether in Newtown, CT or Newark, NJ, is the exact time we should talk about preventing it. Gun violence is a preventable public health crisis. If We the People truly love our children—all children—we would make saving them our top priority.

Thanks to those of you who are more afraid of offending the gun lobby than protecting our children, our schools have become prisons for the innocent. Every door is locked at all times lest an intruder find a closet or empty classroom in which to hide. Fire drills are now accompanied by a new set of drills with menacing names like 'active shooter', 'lock down', 'lock out' or 'Code C' (C for Columbine?) And the students know why—even the little ones. They know, and they're afraid, but we do our best to calm their fears and change the subject. Back in the 50's and 60's when 'duck and cover' drills were practiced, it was because of a threat from a place beyond most young children's comprehension: the Soviet Union or Cuba, somewhere over 'there', far away. Now the threat is very real, yet completely unpredictable. Is it that kid in 3rd period chemistry or the one who always sits by himself at lunch or the star football player? Who knows which one will snap, and when—and if they'll have a gun?

While many of you have been busy slashing education funding to the bone, school districts across this country are scraping together scarce resources to upgrade entrances to make them impervious to gunfire, installing bullet-proof glass, metal detectors, baggage scanners, panic buttons, state-of-the-art surveillance systems, and devices that can instantly detect a sexual predator simply by scanning a drivers license. More and more now have armed police on premises all day. I'm sorry, but I didn't see a line item for these expenses in the recent appropriations bill. Did I miss something?

Because of your failure to act, school culture has also changed. What was once harmless child's play is now grounds for suspension. Drawing a battle scene between aliens and soldiers on a piece of paper could land a second grader in the guidance office. Darth Vader must leave his light saber home during the Halloween parade. 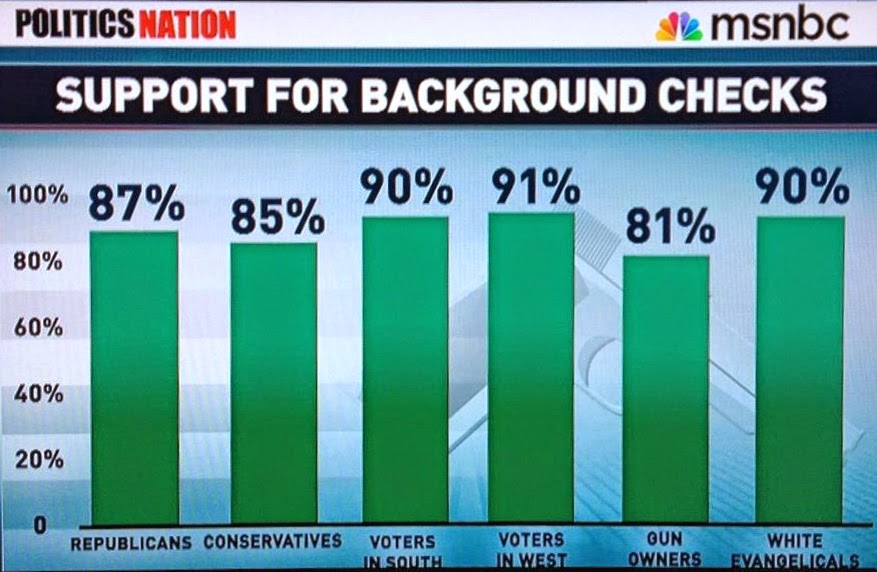 All this keeps children safe, but it does not keep them free. You imprison them and the nation because you are more beholden to the gun lobby and its big checkbook than you are to the will and safety of the American people—including many responsible gun owners. The more schools feel like prisons, the shorter the school to prison pipeline becomes.

The new normal for many of America's children is anxiety and post traumatic stress disorder because they live with the daily fear and the real possibility of being injured or killed by a gun. For some, the feeling is merely background noise like, 'look both ways before crossing the street, and be careful because some lunatic with a gun could kill me in school'. For others it's a 50-piece marching band parading through their head because now, not only are their neighborhoods and homes not safe from gun violence, their schools—the one place where many gained respite—are perceived unsafe, too. It alters their brain chemistry. It keeps them from learning and living and becoming the best version of themselves.

In a few short weeks many of you will be sworn in to begin a new term of service, but who will you serve? It has become glaringly apparent in light of recent Supreme Court decisions that the will of the people has been usurped by the will of corporations and powerful lobbies. When does a child's right to live supersede the wants of the NRA? When do all of you who wear the Bible on your sleeve, who are so concerned about what goes on inside a woman's body, start putting the fifth commandment before the second amendment when it comes to protecting children from gun violence?


In order for the constitution to work, we need laws that strengthen and enhance its tenets. There is more than enough room in our society for the second amendment and sensible gun legislation. We need national laws that make the consequences of illegal sales, possession, use and trafficking of firearms swift and severe. We need background checks for every, single gun purchase. And we need laws that will help keep guns out of the hands of the mentally ill. These laws can be enacted without compromising the rights of the millions of law-abiding gun owners, but that requires you to serve We the People not We the Corporations.

Despite Gov. Christie's best efforts, a recent report says that I live in one of the safest states in the nation in terms of gun violence. That said, the lives of too many children in New Jersey are ended by a bullet. Clearly, the state still has work to do:

New Jersey still doesn't require a background check for every firearm sale, and has not passed a law banning .50-caliber rifles... Nearly 75% of guns discovered at crime scenes in the state were imported from outside New Jersey...

"Unfortunately, trafficked firearms purchased in nearby states with weak gun laws are inundating New Jersey," said the report, which called for a new strong federal statute to make gun trafficking a federal crime. (emphasis mine)

While the article goes on to say that a recent Pew Research Center poll found that "52% of Americans favor gun rights, compared with 46% opting for gun control", Media Matters reports that the polling questions are deeply flawed and do not accurately reflect the views of the overwhelming majority of Americans. So, please don't hide behind the banner of the "will of the people" on this one because it just ain't so.


I was in Frenchtown, NJ in March 2013 when 26 cyclists from Newtown, dressed in Sandy Hook's colors of green and white, stopped by on their way to Washington, DC to lobby for stricter gun control legislation. I heard their impassioned calls to end the slaughter of our children. I listened to Mike Pohle, a fellow Raritan Township resident, choke back tears as he talked about the tragic loss of his teenage son in the Virginia Tech massacre. The Newtown Action Alliance wasn't calling for an all-out gun ban. They simply wanted common sense reforms like those mentioned above. But that didn't happen because too many of you were more concerned about the green of your campaign coffers than the green of the ribbons they wore.

The loss of a child is the greatest tragedy anyone will ever face. During this holiday season, in far too many homes across this country, stockings will be hung, candles lit, places set, gifts wrapped and prayers said for children who are no longer there. Scabs will be ripped off, old wounds exposed, hearts broken all over again as families remember what was and grieve for what could have been. Corporations won't be doing that. Neither will lobbies. Their doors will be closed, the lights off, they will be home with their families.

Posted by Marie Corfield at 6:18 AM