An open letter to NJEA members

Hey you. Yea, you, NJEA member. The one with the stack of homework to correct and report cards to complete. The one working the after school club or coaching to put a few extra bucks in your wallet. The one heading off to that second or third job because your salary and that club and that coaching aren't enough. The one who has no time to advocate because you're just trying to keep your head above water. I'm talking to you. You need to stop what you're doing right now and read this.

See that counter on the right side of this screen? That's counting down to D-Day: the day the NJ pension system runs dry. That's right, I said, 'dry' as in running out of money. That's 12 years. For everyone. E-V-E-R-Y-O-N-E. Doesn't matter if you're a first year teacher or a 20 year retiree. There is no grandfather clause, no sliding scale. Nothing. Nada. Zippo. Say buh-bye to your future and hello to working til you drop.

How'd it happen? Well, there's plenty of blame to go around starting with Gov. Christie Todd Whitman who, along with subsequent governors from both sides of the aisle, used the fund like a cash cow while we were making our legally obligated payments.

So, what did that get us? This: 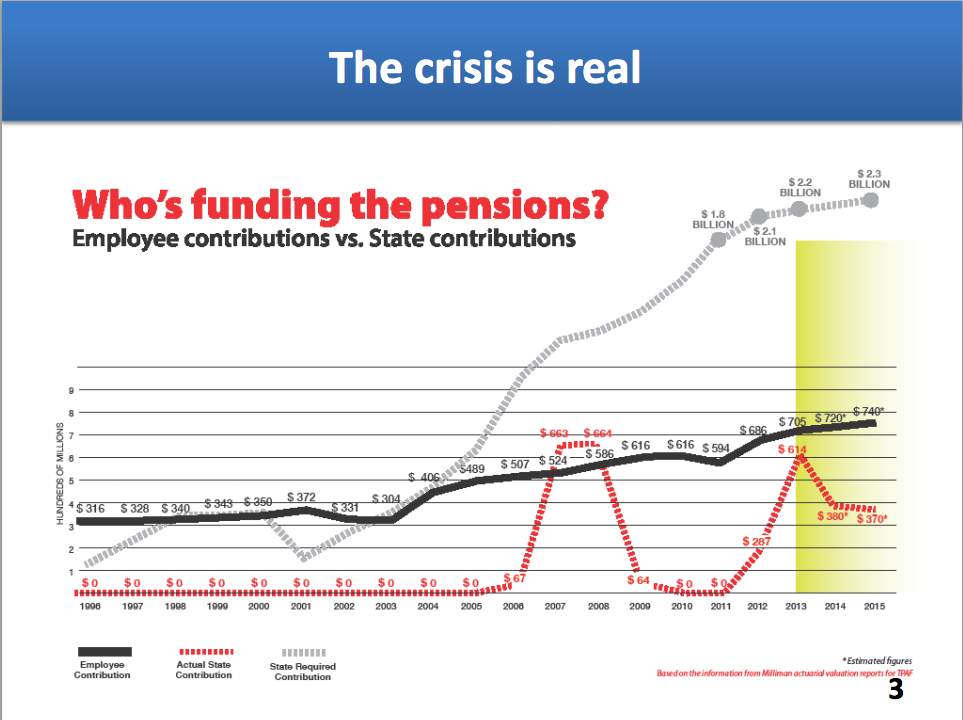 Take a look at that red line. That's how much the state has actually contributed since 1996. The blip between '07 and '08 is courtesy of former Gov. John Corzine. The next blip is Gov. Christie's 'fix'. Notice the difference between the grey line (what the state is supposed to contribute) and the actual contribution. So much for his 'landmark' pension reform law that was supposed to solve this crisis. That black line is us—NJEA members steadily making our required contributions while one governor after another used our deferred compensation—not an entitlement—to plug budget holes and who knows what else (perhaps a bankrupt casino in AC?). But what about that grey line? That, my friends, is trouble with a capital 'T'. That is the unfunded liability, the direct result of that red line being flat for years, and the pile of cash the state has to come up with to keep this from happening: 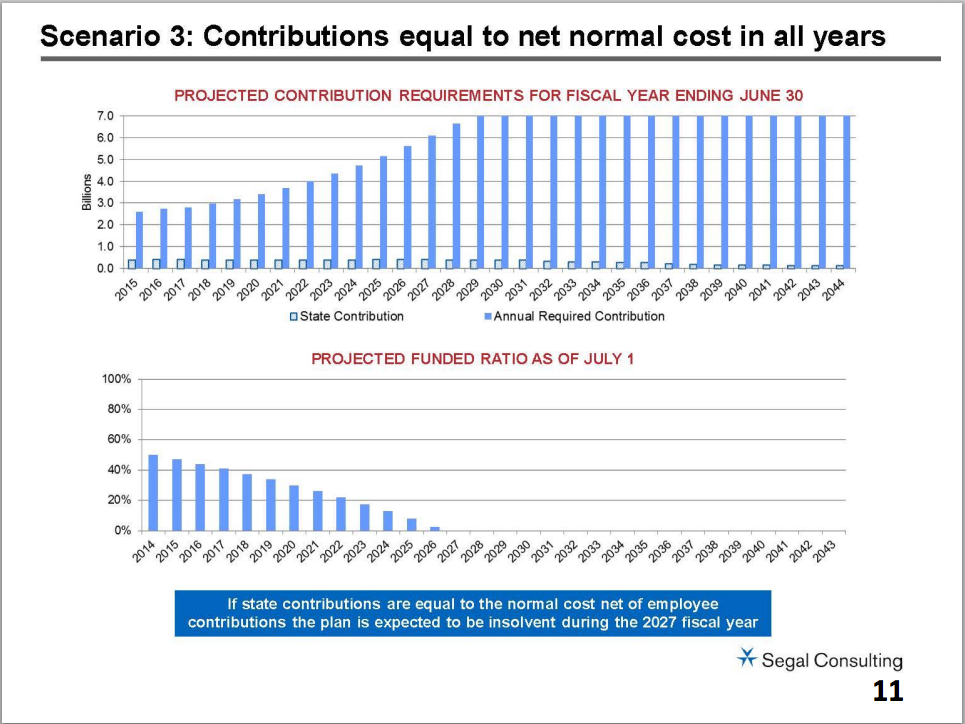 That bottom graph tells the whole story. If we do nothing, our pensions will be sunk in 12 years. If we do nothing, we're merely deck chairs on the Titanic. Now, I don't know about you, but I'd rather fight with Rose and Jack than end up as flotsam and jetsam in the North Atlantic.

So, what can you do? Plenty. Here are 5 simple things you can do starting today to join the fight: 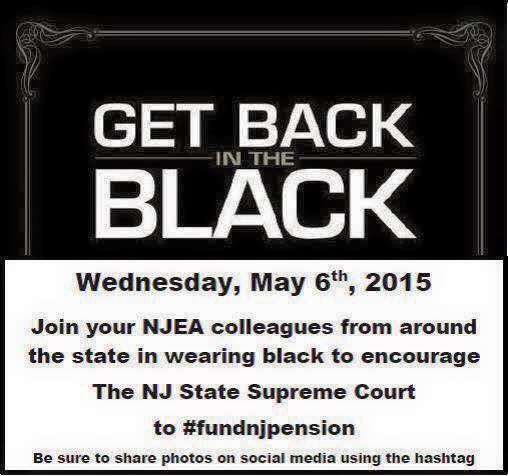 Got that mental picture?

Great! Now go do it!

A special note to those who think NJEA has gone against us: While I don't always agree with the decisions made by my association, on this issue I trust them completely. There was no 'deal'. There was an agreement to talk, but never to collude. Did they look at other options? Sure, they'd be stupid if they didn't. But that was never their first priority.

Still not sure? Then ask yourself this: Are you really going to trust this man who has done nothing but denigrate, criticize, bully and flat out lie to us? Who is on a one-man mission to destroy our profession, our students' futures and the one, great equalizer in a democracy? Someone who has called us bullies, thugs, drug dealers, greedy, selfish and lazy?

Posted by Marie Corfield at 4:48 AM