In the end, we will remember not the words of our enemies, but the silence of our friends.
~ Martin Luther King, Jr.


On June 30th, Gov. Christie will no doubt sign the FY16 budget which includes this: 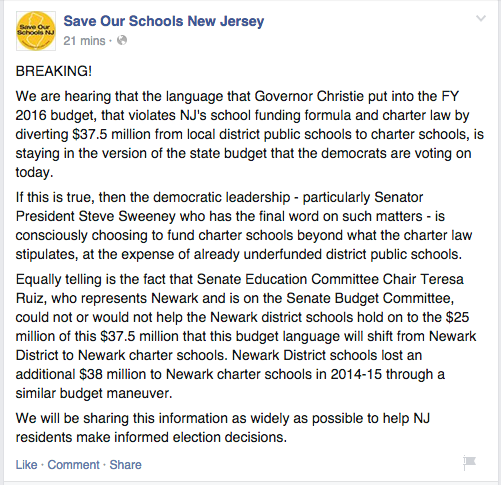 Having already violated the state's School Funding Reform Act (SFRA) by underfunding NJ schools to the tune of $6 billion over the past 5 years, the governor, with the approval of the Democratic-majority state legislature, will once again pull precious resources from public schools to give to charters.

This budget leaves districts without any of the $1 billion increase they should have received had the SFRA been properly funded in 2015-16.

The bottom line from this budget is another round of painful cuts to essential programs, staff and services for many underfunded districts across the state.
...

[T]he legislators also adopted Governor Christie's proposal to strip $37.5 million from district budgets and give extra funding to NJ charter schools. According to an analysis by the non-partisan Office of Legislative Services, eight districts, including Paterson, Irvington, Trenton, Jersey City and Plainfield, must transfer from $500,000 to $2.3 million in extra funds to charter schools. Newark stands out as charters in the city will reap a $24.5 million windfall, a major reason why the district is facing a massive $50 million budget deficit. By giving Newark charters extra funding, the State-operated district must make even deeper cuts to teachers, courses, support staff and remedial programs for students in the district's public schools. (emphasis mine)

I don't need to spell this out. This is what Gov. Christie wants: death by a thousand cuts. If a district is this much in the hole, many parents are going to look at charters as a viable alternative. With their low class sizes and (arguable) success rates, many parents simply won't take the chance. So, where does that leave the public schools? As Julia Sass-Rubin of Save Our Schools reports:

This dramatic growth in the number of charter schools seats is coming at a significant price to local school districts, particularly as the charter schools are educating a much less challenging population of students, leaving the local public schools with a concentration of high-poverty, non-English speaking, and special needs students but without the resources they need to provide those students with a high-quality education.

Local public schools are being gutted of resources and forcibly closed because of inadequate funding, yet the Christie Administration diverted $100 million more to charter schools this year and next year, than what is called for under the charter law.

This truly is a social justice issue, as a small group of edupreneurs work with the Christie Administration to grow their revenue stream at the expense of local public schools. (emphasis mine)

While I've come to expect this from Christie, Cami, Cerf, Hespe and all the rest, I find it reprehensible that some of our Democratic leaders in Trenton have abandoned the party's core values by turning their backs on their constituents. Unfortunately, many are simply following marching orders from the party bosses who are close allies of the governor. But I wonder how they sleep at night knowing how much they've sold out the very people who voted them in to office. The public trust is broken. The number of Trenton legislators who can truly be counted on to look out for the welfare of the majority of our state's citizens is dwindling.

So, suburban taxpayers, why should you care? Let me put it to you this way: How would any of you feel if our taxpayer-funded public libraries, or any other publicly-funded agencies, suddenly started denying access to people based on their disabilities, socioeconomic status or the language they speak? How would you feel if a wealthy billionaire donated money to open a shiny, new library with all the latest bells and whistles, but you have to win a lottery to step inside? And your taxpayer dollars were diverted to that shiny, new library thus reducing the quality of services provided by your local library? And how would you feel if you managed to win one of those golden tickets only to be eventually told that you aren't the 'right fit' so you can't go there anymore?

This is what's happening in urban districts all across this state. Your tax dollars are being used to aid and abet the segregation of our state's highest-need school districts. And the FY2016 budget is only making things worse.

At a time when the Newark school district is bleeding money and students to support the rise of segregationist charter schools, this is not how I want my tax dollars spent. Taxpayers in the suburbs need to care because public education is about educating all students; not just yours, not just mine—all of them. As a society, as a nation, we are ultimately judged on how we treat the least of our brothers and sisters. In this budget, the state is turning its back on the least.

If you don't want your tax dollars spent like this, if you believe that all students deserve access to a thorough and efficient education, call Senate President Steve Sweeney at (856) 339-0808, then call your state representative. The link to contacts is on the right. The budget has to be signed, sealed and delivered by Tuesday, June 30th, so don't delay.

Adding: The longer this continues in our urban school districts, the more I'm reminded of this movie: 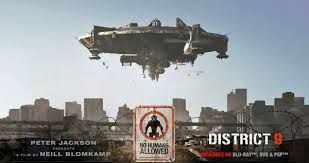 Posted by Marie Corfield at 4:13 AM No comments:

Fixing NJ's pension crisis: Do. Or do not. There is no try.

Last week dozens of NJEA members rallied outside the state house to protest the State Supreme Court's ruling and Gov. Christie's refusal to fully fund the pension system. The rally/lobby day (there are two more next week) was part of NJEA's efforts to push the legislature to do something—anything—to stave off impending disaster when the fund runs dry in 12 years.

When the NJEA members drowned out the voice of Assemblyman Declan O'Scanlon, who was addressing a small group of Americans for Prosperity counter protesters, he responded with this:

"Do you want to yell at me or do you want to have a discussion? Because quite frankly, if we're just going to yell, we're not going to get anywhere."
...
“This is the type of ignorance and screaming that gets us nowhere. … You have to make a real plan that’s sustainable so, long term, we can take care of our dedicated workers, make sure that the pensions are there, make sure that in two or three or five years from now, it doesn’t fall apart. Screaming, ‘just make the payment,’ doesn’t get me $2 billion.” (emphasis mine)

Look, I get it, no one wants an angry mob screaming and yelling at them, and when people are pushed, they kinda tend to push back. I'm not attacking Asm. O'Scanlon. I have never met him, nor do I have extensive knowledge of his voting record and/or history with public employee unions. From his Twitter posts (more below), he seems like a reasonable guy who is willing to communicate with constituents in an open forum. His altercation with NJEA members is but a snapshot in the larger pension crisis picture.

That said, we are not ignorant. Frustrated? Yes. Angry? You betcha! But we are not ignorant. We know full well what's going on right now and we're not taking it sitting down. There was a "real", "sustainable", "long-term plan" signed into law with bipartisan support that was supposed to fix all this. As the Star Ledger reported last week,


Christie called [it] 'a model for America' that would save taxpayers $120 billion over 30 years.

Except when it didn't. Ooops. One minor detail was overlooked: where was that money going to come from? Not from corporations. They've gotten huge tax breaks. Not from the super wealthy. Ditto on those breaks. Not from investments in infrastructure and job creation. Christie put the kibosh on those post haste. Did anybody in Gov. Christie's world ever have a real, legitimate plan to generate that kind of additional revenue? Me thinks not.

It's really hard for the 800,000 people in the pension system to stay calm right now when, for the past 20 years the legislature did nothing as one governor after another raided the fund. Then Candidate Christie came along and said this:


Then, he did this (you can jump to the numbers below the video):

That adds up to almost $21 billion wasted by one governor.

Legislators love to say there's no money. Well, of course there's no money when your governor squanders it like this! Throw in 9 credit downgrades, 49th in job growth, and first in forclosures—all since Christie took office—and this state is a hot mess. But who cares about those details when you're up in New Hampshire touting your signature, bipartisan legislation?

With an unfunded liability of $40 billion, that $21 billion would have gone a long way toward getting the fund off life support. Combine Christie's complete lack of concern for almost 10% of the state's population with the fact that—a) too many Democratic legislators sold out public employees by cutting the pension deal, and b) GOP electeds don't have the guts to vote for veto overrides, even when a bill passes unanimously—and public employees have every right to be angry.

So, when Asm. O'Scanlon asks:

I say, where were all the "discussions" about reviving this state's economy to generate the revenue to fund the pension? At this point, "discussion" sounds like another word for kicking the can down the road. We can discuss til the cows come home, but sooner or later action must be taken because hundreds of thousands of NJ citizens, many of whom have dedicated 25, 30, 40 years or more to the people of this state are staring down the business end of a rifle that's set to fire in 12 years and is aimed right at their survival. As for the rest of us who haven't retired yet, we don't stand a snowball's chance in hell of having any kind of meaningful retirement. Talk about a liability. What will the state do with hundreds of thousands of new people filing for public assistance?

So, what happens when, during discussion, someone isn't heard? They tend to get louder. And often times they keep getting louder...
until someone...
finally...
HEARS THEM!

That's where we are right now. The rank and file public employees who've dutifully followed the law and put over $10 billion into the pension fund over the past 20 years, and who just got screwed by the State Supreme Court are really, really mad. And when a bunch of them get together in one place and they're carrying signs and a bull horn, they are going to get very, very loud.

As I said earlier, to Asm. O'Scanlon's credit, he's not afraid to discuss the issue out in the open: 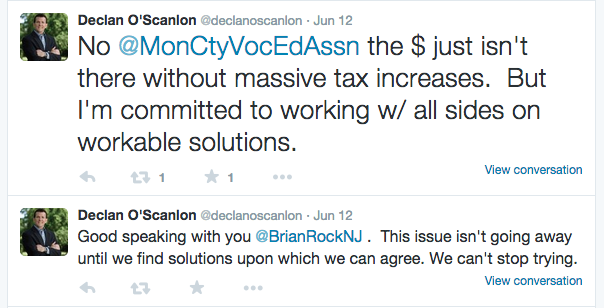 But, 'trying' will not fix this mess. Action and tough choices will. And by 'tough choices', I don't mean any more sacrifices by public employees. We've done more than our fair share, thank you very much. No, part of that action must come from ensuring that everyone in NJ pays their fair share. And that means corporations because, after all, they're people, too.

As I always say to my students when they tell me they 'tried' to do something and couldn't: 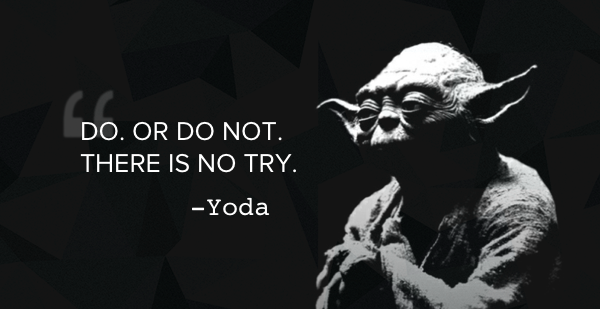 Every Assembly seat is up for re-election this year. Every member of the Assembly says they want to fix the pension. The budget has to be passed by June 30th. Let's see which members of the State Legislature will walk the walk instead of just talking the talk.

Posted by Marie Corfield at 3:08 PM No comments: