Reaction from NJEA leadership and members across the state was swift and loud. Moran took down the tweet and apologized to the union's President Marie Blistan and Executive Director Ed Richardson. But I have to wonder if his fingers were crossed behind his back given this tweet the very next day: 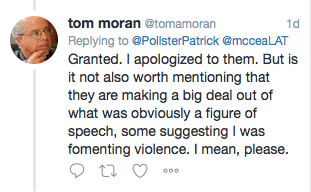 In the past six weeks, we've experienced two mass shootings, one of which was the deadliest in US history. In June, a nut job with a political axe to grind shot Rep. Steve Scalise and and three others on a baseball field in Washington, DC. There have been 307 mass shootings in the US so far this year, and Congress is in no hurry to do anything about it.

Since Columbine and Sandy Hook, schools across the country practice regular, mandatory lock down drills where staff and students hide in a safe part of the classroom, turn off the lights, lock the doors, draw the shades and sit in silence. Far too often I have to remind students to stay quiet when they try to ask if it's a drill or if there really is someone with a gun in the building.

If a child makes a comment about wanting to hurt or kill themselves or someone else, it's a big deal. There is a strict protocol that happens immediately. This is no joke. It doesn't matter if the child is 5 or 15, there is a process and there are consequences because no school, no child, no staff member should ever have to encounter another Dylan Klebold or Eric Harris ever again.

Congress refuses to protect our children. Elected officials like Chris Christie and ed 'reformers' around the country have made us out to be public enemy number one. So, when someone talks about murdering teachers, we take it very, very seriously.

Threatening to murder the President or other elected officials is a crime. So is threatening to blow up a plane. But to Moran, murdering teachers is a figure of speech, no big deal, perfectly okay to put that word in someone else's mouth. Yea no, "especially in this day and age": 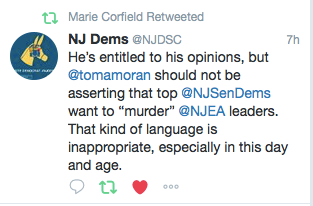 For whatever reason, Moran has a chip on his shoulder about the NJEA. Over the years, he has written so many pieces that range from the misinformed to the flat-out untrue (see here, here, here for a sampling), so it was no surprise that he attacked us about how and where we spent our PAC dollars (not dues money, in case anyone was wondering) during the election. But that's not the issue. As an editor and columnist for the state's largest newspaper, Moran has a responsibility to maintain a certain level of professionalism that upholds the Ledger's reputation, and—I would think—some sort of journalistic standards. If I want that kind of sleaze, I'll go read the NY Post. But I don't think they would even stoop that low.

So, the next time Moran wants to make a flippant comment like that about anyone, I will invite him to my classroom when we're practicing a lock down drill. Then he can tell my scared kindergarteners why it's no big deal.

Words matter. As a journalist, he should know better.


Posted by Marie Corfield at 3:57 AM No comments:

Greetings from Atlantic City: A Farewell to Christie 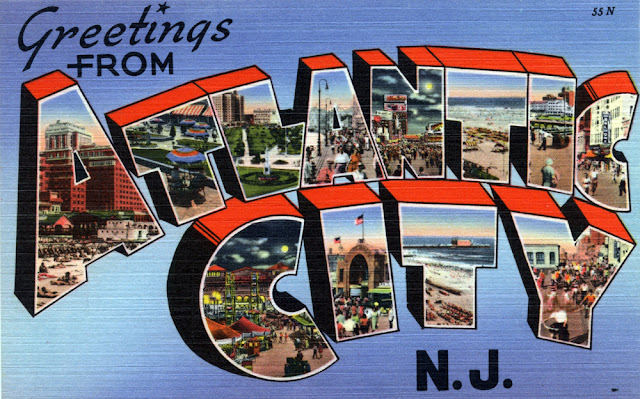 This post comes to you from the NJEA Convention in Atlantic City.


The winter of our discontent is over. With the election of Phil Murphy on November 7th, the countdown to the end of Chris Christie's reign of error has begun. It's been a long eight years for New Jersey—especially for the poor and middle class—with an extra special kind of awful for public employees. 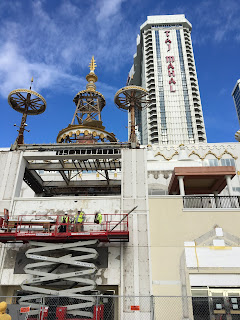 Early yesterday morning I took a long walk on the boardwalk. It felt like the set of some post-apocalyptic movie. Granted, it was too early for most souvenir shops, massage parlors, and psychics to be open, but still, pop music and carnival barker-style announcements blared non-stop from speakers to no one. Litter, like tumbleweeds vacationing from Las Vegas, floated across the ancient boards desperately trying to get back home. Malls stood half empty. Boarded up casinos, lined up one after another like ghost ships run aground, while workers dismantled the phallic spires and onion domes atop the closed Trump Taj Mahal, the garish, gaudy, penultimate 80's version of his out of control ego.


This town is a fitting metaphor for the Christie administration and how he left this state: full of promise, but ultimately all smoke and mirrors and... nothing. I wrote about  Christie's takeover of Atlantic City last year. Whether school districts or entire cities, he doesn't lead; he controls—badly. Plowing through Tony Soprano style, gobbling up everything and everyone in his path to feed his cavernous, deflated ego.


Gambling came to this city almost 40 years ago with a lot of hope and promise. Shiny, gleaming, glizty pizzazz! The city will be transformed! Poverty erased! Money for everyone! But all these years later, almost 40% of the city's population still lives in poverty and almost half the casinos are shuttered. Like those pioneers of casino gambling, Christie has failed miserably at making life better for the majority of people in this state. For him, it's only ever been about power, control and his path to political immortality.


While the rest of America was continually shocked and appalled at Trump's "Insult Everyone" tour campaign, Jerseyans were all too used to that kind of behavior. You see, we had Chris Christie long before America had Donald Trump: 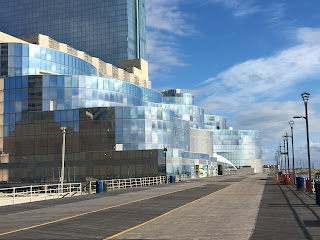 It took Christie eight years to sink this state. How he got re-elected, I will never know. His list of failures includes much more than what's written here, but I leave you with this one that just about sums it all up: a record 11 credit downgrades. But what does that matter when you're sitting in the owner's box at a Dallas Cowboy's game?

Hopefully Robert Mueller's investigation won't take much longer, and Trump will be (burnt) toast pretty soon. As for Christie? With poll numbers around 15% he's irrelevant. He will slink out of Trenton in the dead of night with a mirror to his face claiming to be the greatest governor ever to the adoring crowd of one looking back at him. My bet is Fox News has an anchor chair waiting for him.

Hey Chris, don't let the door hit you on the way out.

Posted by Marie Corfield at 5:26 AM No comments: