As someone who commands media attention, you are very often articulate and sensible. I have appreciated you speaking out on issues that are important to me. But, after reading this Common Dreams post last week, I tweeted out that I had lost all respect for you. Some people thought I was referring to the obscene amount of money—and requisite attached strings—this fundraiser will bring to Hillary's coffers. No, I was referring to this:

In an interview with the Guardian earlier this month, Clooney said: "I really love Bernie Sanders, and am really glad he is in the debate. He is forcing the conversation to things that never get talked about in U.S. politics: disparity between the rich and the poor, which is getting worse and worse every day."

I'm still at a loss for words. But seeing as this is a blog, I will attempt to explain my reaction.

First, life must be pretty damned good on Lake Como if you think income disparity isn't being talked about in US politics. Have you ever heard of Elizabeth Warren, Sherrod Brown or Al Franken? Or labor unions (at least those that didn't prematurely jump on the Hillary train) or the Occupy movement or Black Lives Matter? Or the Fight for $15 or the ACLU or the NAACP or the Dreamers or the Education Activists movement?

All these individuals and groups—and many more—have been talking about inequality in one way, shape or form for years.


Second, if Hillary wins the presidency, she will first and foremost be beholden to all those 6-figure check writers and bundlers—including you. But what do you really need? Every one of you attending this fundraiser has the power to simply write a check to make many of your troubles vanish before they even become troubling. So, what will Hillary do for you if she becomes president? Make sure your lifestyle doesn't change too much.

As for the rest of us, I'm not convinced we won't still be sucking wind as our paychecks and quality of life continue to decrease. I'm not 100% sure we won't continue to lose our homes, our jobs, our public schools, our retirements, our futures, our dignity, our 'American Dream' because the GOP despises Clinton almost as much as they despise President Obama. And with them controlling Congress, nothing will get done. But Hillary will place all the blame on GOP obstructionists when in reality, her history of big money connections has tainted her as a truly progressive candidate of the people. As William Greider of The Nation wrote back in 2014:


﻿Hillary Clinton is dangerously out of step with the new zeitgeist. If she already has the 2016 nomination locked up, as her campaign gremlins keep telling us, it’s hard to imagine she would desert the finance-friendly politics that supported her rise to power.

The Hillary question has many corners to it. On one hand, it could achieve the epic breakthrough of electing a woman. On the other hand, it might postpone the restoration of progressive economic polices for another four years.

But if Bernie wins, who will he be beholden to? America. The 99% who have given $5, $10, $20 whenever we can. Those who pack arenas with SRO crowds to hear him speak. Those who want to give our children a better future, but our hard work just isn't enough. Those who are doing everything right, but life still keeps turning out all wrong.

But how would Sanders get anything more done with Congress than Clinton? He will have the power of the people behind him because he is leading a true revolution to end the stranglehold that corporate money has over this country. If the crowds at his events are any indication of the change people are demanding, their congresspersons would be fools to disregard them.

In case you didn't notice, this is America now, George. Income inequality is the most pressing issue facing this country—more than climate change or terrorism or any other issue making headlines. If our candidates are not out front and center with real plans to fix this, if they try to appease too many voters, if they appear to be too centrist, they will lose. And if they lose, America loses, too—big time.

Those who support Hillary Clinton, and who call themselves Democrats, should be doing everything in their power to hold her accountable as a Democrat. You have no choice because the 99% have no voice.


Posted by Marie Corfield at 11:34 AM No comments:

This refusal letter was updated for 2016. Readers, feel free to modify it to suit your needs.


We are writing to inform you that, as per our parental rights under the 14th Amendment to the US Constitution, we are refusing to allow our daughter, -------------, to sit for the PARCC tests.

Research has shown, and the New Jersey State Department of Education's Bari Erlichson has publicly stated that the PARCC is not a diagnostic test as has been claimed. It will do nothing to assist our daughter’s current teachers in her educational progress, but may in fact unfairly harm their careers instead because student test scores are tied to their evaluations. As we’re sure you know the test is deeply flawed and in many cases, developmentally inappropriate. This is not fair to our daughter or her excellent teachers whom we trust more than any standardized test to best prepare her for her future educational goals. This test does not set a ‘rigorous’ bar for our daughter, who is already a straight-A student. This test is not an indicator of her college and career readiness. As you also know, a student’s high school GPA is the best indicator of their college success.

We are also opposed to the unwarranted collection of our daughter’s academic data and its sharing with for-profit and other unnamed entities without our permission. This is not educational best practice. This is data mining to aid for-profit education companies to sell their wares.

As per the PARCC testing guidelines, we expect that she will not ‘sit and stare’ because the guidelines specifically state that:


We expect that, at best, she will be given an opportunity to work on meaningful school work. At worst, we expect she will be allowed to read in a non-testing room.

We also expect that there will be no punitive repercussions for her refusal to take the PARCC. We expect the test to be coded as ‘refused’. We expect her refusal will not be recorded as an act of insubordination or disobedience, or have any other negative effect on her school status including her rank or placement in future classes.

We look forward to hearing from you regarding your plans for ----------- on testing days.

Posted by Marie Corfield at 10:19 AM No comments:

Gov. Christie how do you sleep at night?

Lost in all the hoopla over Gov. Christie dropping out of the POTUS race last week, debating "hand" sizes and Ted Cruz bad lip reading was this little gem that slipped from Christie's mouth during his monthly radio address:

I feel incredibly indebted to the people of New Jersey who gave me the opportunity to [run for president].


Ummm... which people would that be?

Just look at our pension system, or the transportation trust fund, or the environment, or our credit rating, or public education, or funding for women's health care, or the $10 mil fee he's socked the state with for his Bridgegate legal bills, or the wasted and mismanaged Sandy relief funding, or any of the myriad programs and services he's slashed, burned and otherwise mismanaged in the name of "sharing the sacrifice".

No, the people of New Jersey feel no great wave of gratitude washing over us. And perhaps deep down inside he knows it. Which would account for this: 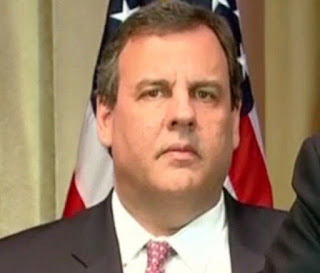 John Lennon once wrote a song venting his anger at Paul McCartney:

You live with straights who tell you "you was king"
Jump when your mamma tell you anything
The only thing you done was yesterday
And since you've gone it's just another day
How do you sleep?
Ah how do you sleep at night?

A pretty face may last a year or two
But pretty soon they'll see what you can do
The sound you make is muzak to my ears
You must have learned something all those years
How do you sleep?
Ah how do you sleep at night?

Hell hath no fury like a man's conscience when he sleeps—or an electorate who've been royally screwed.

How do you sleep at night, gov?


Posted by Marie Corfield at 9:28 AM No comments: