As much as I despise Donald Trump's lies, misogyny, racism and xenophobia; as much as his vile words and actions make my skin crawl; as much as I think, if elected, he would go down as the worst president in US history, possibly lead us into a civil war (not to mention wars with other countries), I don't think the RNC should force him to drop out.

No, that would be too easy. That would let those who created him off the hook, and they need to be held accountable.

By the very nature of human imperfection, fear lives in every one of us. It's up to us—individually and collectively—to decide how much it controls our lives. If left unchecked, it can evolve into racism, homophobia, xenophobia, misogyny and other forms of hatred. But, no matter if we are persons of faith or none, mankind survives, thrives and moves forward in direct proportion to how much we uplift and include each other, not beat down and marginalize. 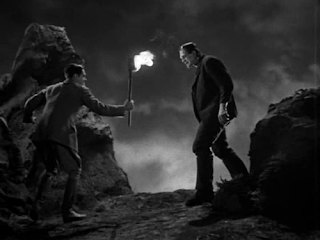 So, when your number one mission is to bring down the first African American President in US history; when you refuse to work with that president—who just inherited the worst economy since the great depression—simply because of the color of his skin; when you care more about what is going on inside a woman's body than whether she can keep a roof over her head and food on the table; when you waste more time trying to repeal an imperfect law that has provided millions of Americans with health care instead of trying to fix that law; when you would rather see innocent people continually gunned down because you are more loyal to the NRA than the American people; when you preach "all lives matter" when some clearly don't; when you continually take your sandbox toys and go home simply because someone from your party isn't the line leader; when you sit back and do absolutely nothing (Sen. John McCain excluded) while Donald Trump fans the flames of racism by challenging President Obama's citizenship; when you refuse to stand a moral ground and reject Donald Trump's message of fear and hatred from the get-go, you need to take a good, hard look in the mirror and own it! Donald Trump is your monster. You created him, now you have to live with him.

Whether or not any of us on either side of the aisle likes it, he is the choice of the majority of GOP voters. He is who they want for president. What gives you the right to deny the will of the people? They elected him—not you. Removing Donald Trump from the ballot sets a dangerous precedent, and lets you off the hook. With all the havoc you've wreaked on this country in the past seven and a half years, do you want that hanging over your heads, too? 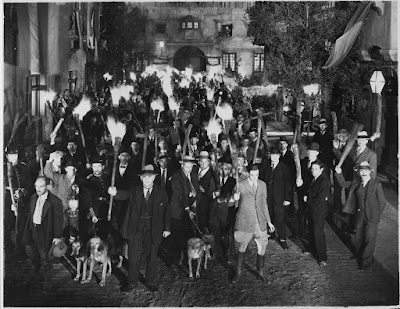 So, cut off his funding, un-endorse him, publicly support Hillary Clinton, do whatever you have to do, but don't you dare try to force him off the ticket to save what little is left of your reputation. Because if you do, those angry pitchfork and torches mobs will be coming for you, and he will be leading the way.

Time for a "reality" check. Time for the GOP to have its Dr. Frankenstein moment. Your party is going down in flames, and you have only yourselves to blame.


After this election, you need to take a good hard look in the mirror, admit your role in creating him and figure out how you are going to be a more inclusive party. Then get out from behind your healthy, wealthy and white gated communities and start really connecting to the American people before it's too late.

There are many good, decent Republicans in this country, but their voices have been largely silenced by those in the GOP who just can't stand the fact that America is changing—some would say for the better.

Posted by Marie Corfield at 8:31 AM No comments:

Back to School & The #RightToWork For Less

Note: This post is long overdue, but sometimes I just gotta take a break and re-charge my batteries.

You can read Part 1 of this series here. 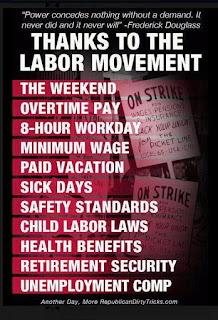 On Labor Day we honored the American middle class. Once the backbone of this country, labor unions helped lift vast numbers of American workers out of poverty, gave them safe, well-paying jobs, allowed them to live their American Dream while building the American landscape, and set our economy firing on all cylinders.

But the backbone of this nation is now bent and weak. Many unions are no more, and wages are down in direct correlation. The US is now a majority 'right-to-work' nation. The American middle class is shrinking. And despite a report released last month showing we had our "best year of economic improvement" in decades, it "did not fully repair the damage inflicted by the Great Recession." Some of us will never fully recover.

Makes me all giddy inside.

September is always rough on education professionals. Contrary to 'reformy' rhetoric, I was not sunning myself on the beaches in the South of France all summer. No, I was on unpaid furlough. Granted, I did work this summer at an amazing job (more on that in another post). But, while many people are enjoying barbecues with family and friends over Labor Day weekend, many of us are digging through sofa cushions and raiding our kids' piggy banks to make September's mortgage payment.

Despite a decent raise, I'm only taking home about $44 more a week. I guess I shouldn't complain. There are many public employees still stuck in the mire of Chapter 78 and are still seeing their paychecks decrease every year—a phenomenon we call "net negative" return. And there are education professionals in other states who fare far, far worse (more on that below). My local is one of the lucky ones. We bargained out of Chapter 78, but that doesn't mean we're rolling in dough. Soon, $44 a week won't even buy me a tank of gas.

So, where does all my money go? The biggest deductions outside of the standard state and federal taxes are—contrary to what 'reformies' would have you believe— not for union dues. No, they're for pension and health benefits—those 'Cadillac' benefits Gov. Christie loves to accuse us of lolling in while he lolls here:

... or scopes out pricey real estate at the Jersey shore for life aprés politics.

Those vital health care benefits and deferred compensation that—thanks to Ch. 78—I now pay more for, work longer to receive, and get less of in retirement. But my dues deduction for that big, bad 'ole union that is sucking the life out of me and preventing me from taking home oodles of dough is less than 1/7 of what I contribute for pension and benefits combined.

But, 'right-to-work' (for less) 'reformies' like the National Right to Work Committee, funded by the likes of the Koch Brothers and molded by countless hours in ALEC meetings, would have the general public believe that, if it wasn't for those damned greedy unions and the outrageous dues they fleece from their members, business would flourish! Workers would do fantastically, wonderfully well on the open market! We would suddenly command 6-figure salaries! Our careers and lives would be magically transformed for the better! 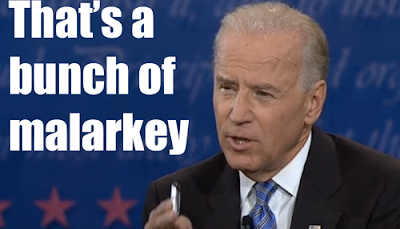 We know that the only entities right-to-work laws benefit are corporations. According to the IBEW:


"Right-to-work is part of a national anti-worker agenda that won't bring one job to the state or help a single family put food on the table," said Stephanie Bloomingdale, secretary-treasurer of the Wisconsin AFL-CIO.

Right-to-work laws weaken workers' ability to collectively bargain by making it harder for unions to collect dues, driving down wages and benefits. The average worker in a right-to-work state makes $1,500 less a year than his counterpart in union-friendly states.

Employees in pro-worker states are also more likely to have job-based health benefits. (emphasis mine)

How bad is it in right-to-work states? Consider Wisconsin. WEA members now face this every day: 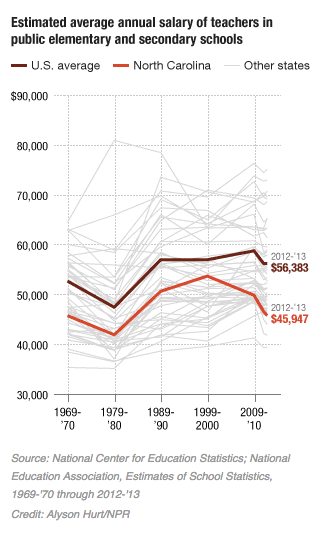 And in right-to-work-for-even-less, North Carolina, lawmakers have taken it a step further, eliminating salary increases for post bachelors degrees. How would you like to go to bed at night with these stats invading your dreams? 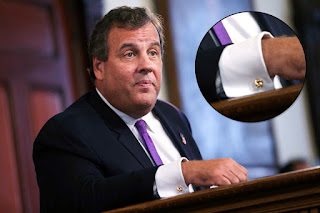 So, what do I get in return for those dues which Gov. Christie—in his $4,000 Cartier gold cufflinks—and some of his GOP cronies in the New Jersey state legislature call outrageous and outlandish? Well, for less than what I pay for my cell phone bill every month I get this:

There ain't no 'reformy' organization that will ever provide any of this (and more) to people who work in right-to-work-for-less states. The only things you are guaranteed are job insecurity and less take home pay.

So, when Gov. Christie and Co. make stupid comments like this:


"What we know now is, more money alone does not translate into a better education," Christie said. "Better teaching methods, more instruction time and improved educational programs make the difference."

Allowing the status quo to continue would be "criminal," Christie said.

... I can say true, more money alone—without an evidence-based plan—won't make a difference. And neither will less. And neither will the 'status quo' which is not what Christie accuses us of perpetrating. Quite the opposite. These days the 'status quo' is the cockamamie schemes he and his puppets at the DOE come up with to cut that money from school budgets—especially those most in need. The 'status quo' is drill and kill, punish students, punish teachers, close schools, flip 'em to charters, and hold us all accountable for their failures.

The status quo is not professional educators being given the resources and support to do great things in the classroom. No, the status quo is Gov. Christie telling the world how horrible our poorest and neediest schools and students are, how "greedy and selfish" their educators are, and us fighting him tooth and nail.

The only things standing between Gov. Christie and the complete annihilation of public education in New Jersey are the unions— NJEA and AFT—and the sensible and reasonable elected officials in Trenton who know that he is nothing more than a shill for the corporate 'reform' movement.

So, when I look at my paycheck and see that dues deduction, I know it's a small price to pay for the continued welfare of our students and our state's future.

402 more days until Gov. Christie's reign of terror comes to an end. We can do this.

Wishing you all a successful and fulfilling 2016-2017 school year.

Posted by Marie Corfield at 4:32 PM No comments: