The Gentrification of Camden's Schools Part I

gentrification—noun 1. the buying and renovation of houses and stores in deteriorated urban neighborhoods by upper- or middle-income families or individuals, thus improving property values but often displacing low-income families and small businesses. 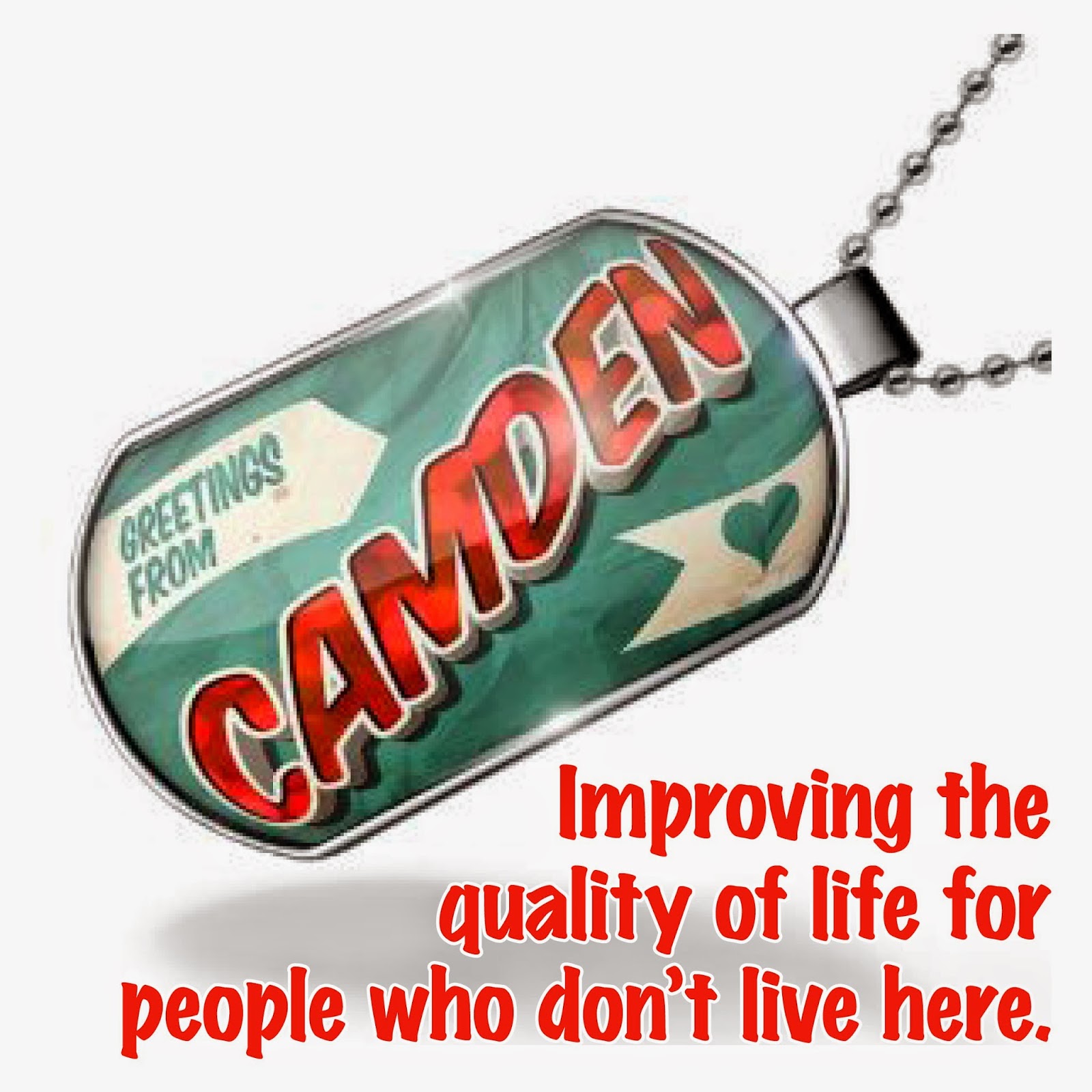 Since public educators have been largely excluded from the education 'reform' agenda, it's up to bloggers and others on social media to tell our side of the story. And that story cannot be told without including the socioeconomic and developmental impacts on children living in poverty. Nowhere in the United States exemplifies this like Camden.

The bitingly witty Massachusetts ed blogger EduShyster recently posted a guest blog by Camden educator, Keith Benson, on how the gentrification of that city is really for 'other people'. Please be sure to read it. This quote sums up what Keith lives every day: 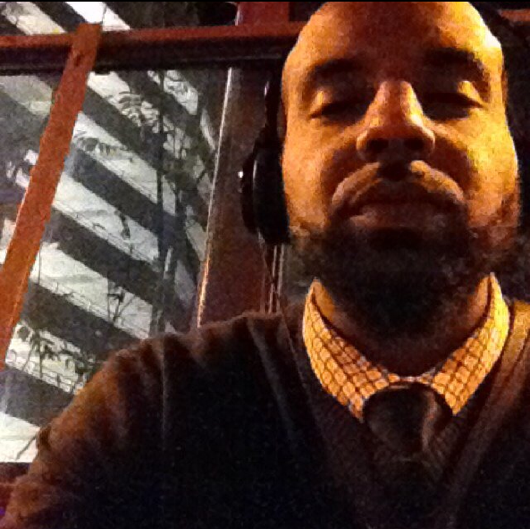 It’s as if the city so desperately needs people with disposal income that those who have it are catered to relentlessly. And underneath such puzzling interactions is a deep frustration that much of Camden is not designed for its residents because of their low incomes…The message to local residents is clear: The nice things here aren’t for you. We need other people.


That post inspired me to write this companion piece about how elected and appointed officials from every political stripe continue to hammer nails into Camden's coffin in the name of education 'reform' and economic development.

It's a story that must continue to be told because in the most dangerous city in the country, the only strength people really have is their collective voice. So I sat down with Keith, a doctoral student at Rutgers University and a Camden High School social studies educator with 10 years in the district, to talk about what it's like to work in a high-poverty district, the obstacles he and his coworkers face, and what he thinks is the best way to help his students succeed.

This is Part I of what will be at least a 2 part interview.


Prior to the state takeover, what was your overall opinion of the administration in the school district? Were they supportive? Were they getting the job done? Or was it a train heading for derailment?

I've taught at Woodrow Wilson, MetEast and Camden High Schools, and I've had a very good relationship with all my administrators. Every administrator I've worked for was very passionate about their role in educating students, and their expectations of students and staff.


(Note: The tenures of previous Superintendents Bessie LeFra Young and Annette Knox were marred by controversy, including a cheating scandal. See here and here.)


Prior to the state takeover, did you have enough supplies and resources to do your job? Was the money getting into the classrooms or did you think it was being spent on other things?

Based on what I saw and experienced, I do believe the money had been spent relatively well. I'm not aware of any spending improprieties. I'm not saying that didn't happen; I'm just saying I'm not aware of it. I believe the previous administrations had the best intentions with some of the initiatives, but sometimes the best plans go awry. I had a lot of support from previous administrations, and I think the perceptions some people have about them are misplaced. (emphasis mine)

(Note: See here for information about financial mismanagement in the district.)

Why do you think the state came in and took over?

This is a multifaceted answer. I want to first stress that Mayor Dana Redd requested that Camden be taken over by the state. That's important because she's had very little relationship with the Camden public schools. Even though she's from here, she never attended any of these schools, she never taught in any of these schools, so she has no substantive knowledge of what takes place in them, what they need, and what they need to improve. I think her motivation came about from looking at QSAC scores and test results, which I believe give the state much more incentive to charterize and privatize urban districts.

I think she has a far reaching plan to gentrify the schools. She believes that people are not choosing to live in Camden because of the school system. Forget about all the other issues the city of Camden has, in her mind it's not infrastructure, it's not safety, it's not poverty. She's convinced that schools are the reason why people aren't living here. So in her mind, the public schools have to be pretty much done away with in order to have a different population. So, the state takeover was orchestrated by her and, I'm pretty sure, some of the political bosses she works with.

At every turn the mayor has alienated and compromised community input. Not only has the state taken over and put in the superintendent they chose, she appoints the board of education members. This is where education and politics intertwine because 4 or 5 of the board members are Camden County Democratic Committee people as well. So our board of education is really an operating arm of the political machine down here. So, these are not education-based decisions; these decisions are very political. We as educators look at what's best for children whereas they look at what's best for politics—what's best for their political friends and donors.

That's pretty powerful. We see what happens to the poor when neighborhoods are gentrified, but when you're talking about 'gentrification' of the schools, you're really talking about getting rid of students who have learning disabilities, speak a different language or have psychological or developmental delays that make them more difficult and expensive to educate. That's a terrible blow to their self esteem. What are some of the challenges your students face? What do they come to school with every day? And are the strict discipline policies of the charter schools that are opening—Uncommon, KIPP and Mastery—good for students?

The charters are pretty test heavy, very 'no excuses'. This is their model. I've taught students who attended a city charter school and were put out because their behavior was deemed to be too disruptive. You have to ask yourself what that does to a student when you're rejecting them? 'This school is for these kids, you're not cut out for it. You have to go back to the public school that's the dumping ground.' What does that do to a child's self esteem?

When you're dealing with children who live in concentrated poverty and a lot of violence, there are a lot of residual effects. I'm not saying that learning isn't foremost in students' minds, but as a teacher, there are a lot of other things that need to be addressed. There have been many studies that show that students who live in high poverty/high violence areas suffer from post traumatic stress disorder at even higher rates than some soldiers coming back from Iraq and Afghanistan. And that's something that's given very little regard by 'reformers' but it's a very big hurdle in the educative process between teacher and student. So a lot of what we're doing is building up students as individuals; showing love and care. And until we do those things, teaching content is a waste of time. So, we spend a lot of time just showing and telling students, "I care about you. I love you. You mean a lot to me. This is a place where you can come and feel safe" before you even get into the reading, writing and arithmetic.

Some of these violent occurrences are in students' families or their social network, so they bring those stories, that pain, that hurt into the classroom. What does that do to a child's perspective on the future when people they care about have been seriously hurt or killed or incarcerated? The value of education then takes on a different meaning. Their concerns tend to be a lot more immediate than long range because the lifestyles these kids are raised in, unfortunately, can and do change immediately.

Does your district have enough staff and resources to deal with the challenges your students face? Do you have enough social workers, guidance counselors and child study team members? Are teachers given enough training?

Each school is different, but the district did a pretty decent job providing that supplemental support students need should they decide to avail themselves of it. The supports are there, but I don't think you can ever have enough, especially in a high school.

You're absolutely right. Sometimes the biggest accomplishment for a special needs child or one who suffers from PTSD as many of your students do, is getting them to actually stay in the classroom for half the day. Will the 'no excuses' charter school format help them?

In my opinion, no. These children are scared and hurting. We have to ask ourselves what exactly do these kids need to be successful? There's a lot more than just getting good grades or moving on to the next education level. I personally know several college graduates who are unemployed. And these kids see a lot of that in their environments, so we have to show them there is something else.

In Part II we talk about Bing Howell's plans to 'reform' Camden's schools which Keith calls "racist, insulting and exploitative".

Posted by Marie Corfield at 9:16 AM