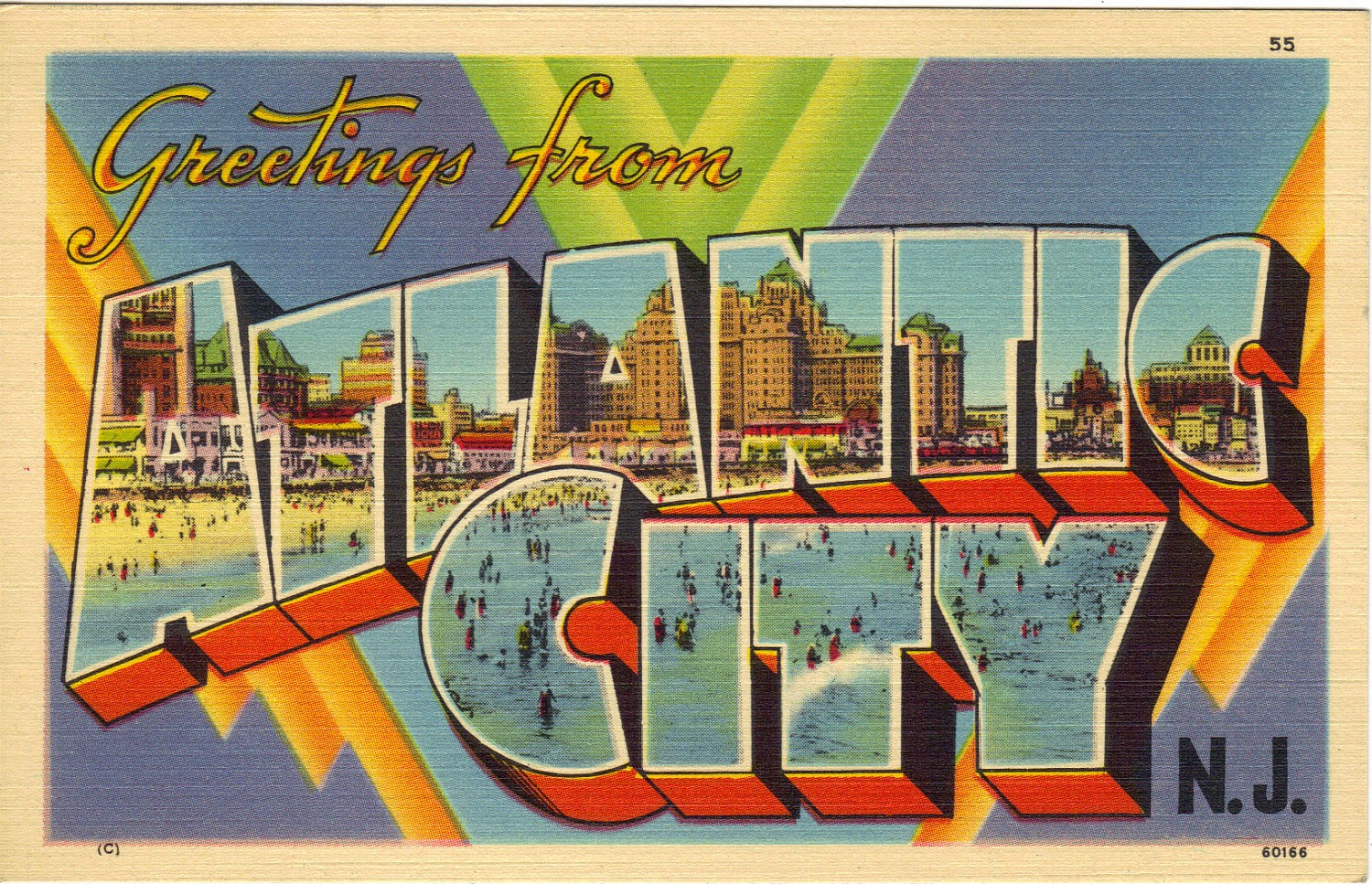 Lest anyone think I was a fat-cat, lazy teacher, raking in the chips at a high-rollers roulette table at the Borgata last week, I actually attended the NJEA Convention—the largest professional development convention for educators in the United States.


There are no coincidences


I don't believe in coincidence. Too many things have happened in my life for that word to be relevant. Case in point: here's what happened last week:


Please excuse me while I puff up my chest with pride... Lookie who's #1: 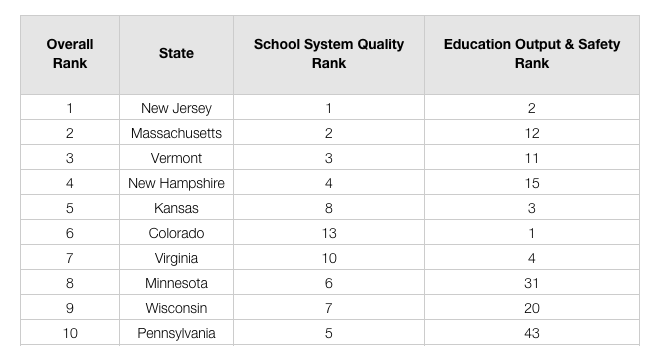 ... and look who's at the bottom: some of the highest concentrations of poverty in the country, including Michelle Rhee's 'miracle'—Washington, DC:


According to the article,


UNICEF recently conducted a study of twenty-nine industrialized nations and found that the Netherlands ranked highest in three out of five areas: educational well being, material well being, and behavior and risks. This study, named Child Well Being in Rich Countries, correlates with the findings of numerous other studies noting that Dutch children are seemingly happier.


Among the study's notable findings:


The wealthiest nation in the industrialized world does not value the health and well-being of its children.


That, dear readers, should be plastered over every picture of every jackpot bonanza on every billboard leading into this city-on-life-support. And it should be on the cover of every standardized test booklet Pearson prints.

Yea, so that won't happen. But I bring you the next best thing: Pasi Sahlberg's keynote speech and David Hespe's Q&(non)A with teachers—all within 24 hours! If you're not sure who Sahlberg is, read his bio here. Blogger Ani McHugh (TeacherBiz) wrote an excellent review of his talk. You can view his Power Point presentation here. Pull both up on your screen as a comparison to what follows.

Before we get into the meat of Hespe's session, here's a handy little pocket guide to Finnish vs. US education (all quotes are Sahlberg's): 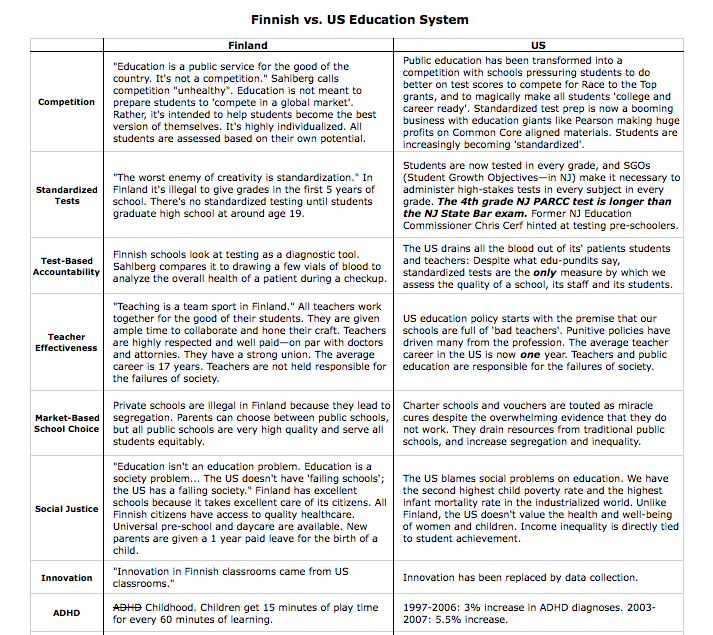 Before Hespe took questions, he talked about where we were, where we are and where we're going. As he talked, the groans, murmuring and comments from the audience increased. In the interest of readability, I've interspersed audience questions with his presentation comments.


On 'college and career readiness' (whatever that means)

He started by acknowledging that there is an achievement gap between the rich and poor in NJ—finally! We are one of the highest-achieving states in the nation, and we should be proud of that, but our bar is set too low. He showed a slide of 4-year college graduation rates in NJ which he said aren't good enough. I'm sorry, I don't have a photo of this slide. It was tough to photograph in that room. If anyone has it, please post. He blamed this on students not being 'college and career ready'. Too many college freshmen have to take remedial math and language arts classes.

Not being satisfied with the data he provided, I did a little research of my own and found a nifty little website chock full of all sorts of data. 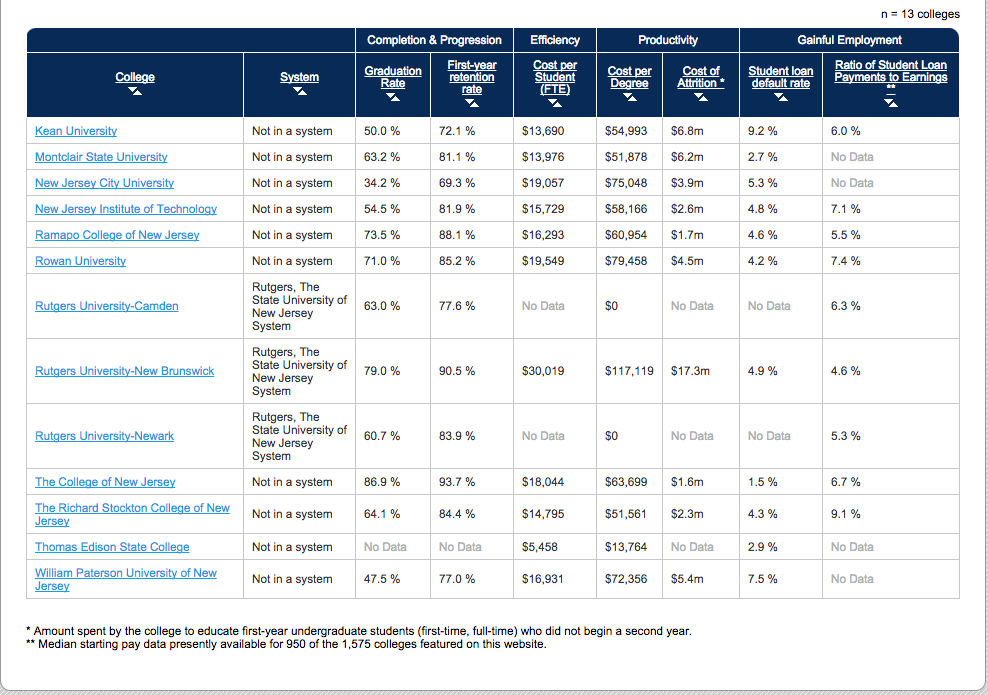 Or this comparison with the rest of the country:

I am not an education researcher, but I do know that data is often manipulated to tell a certain side of a story. These links to nj.gov websites provide additional info on NJ higher education. I invite you to do your own research:

While Hespe and his ilk are quick to blame 'bad teachers', not enough 'rigor' and not enough standardized testing, the students themselves have a different take:


Students say they are delaying their degrees because of class-scheduling difficulties and overcrowded courses or the pressures of juggling part-time jobs and financial problems. That means many full-time undergraduates are taking five, six or more years to get a bachelor’s degree, if they finish at all.


Hmmm... the state hasn't fully funded our community colleges as per the law for years. Could there be a correlation? Call me crazy, but isn't it possible that this generation of college students—the first to go through some or all of their K-12 education in the NCLB years—is simply a product of that failed policy? Have the language arts and math college placement exams ever been evaluated? Do we know that they are true measures of what students should know? How much money do colleges and universities make on them? So many questions; no answers.


On tech readiness for PARCC

Hespe claimed that over 90% of schools are technologically ready for PARCC testing. Cue audible groans and protestations from the audience. During the Q&(non)A, several educators told him their horror stories with practice PARCC tests: servers crashed, answers lost, not enough equipment, students not ready or able to keystroke essay answers. Even though school budgets have been slashed and staff laid off, the tests must go on! So districts are scrambling to find money to pay for all the upgrades which can cost anywhere from hundreds of thousands to millions of dollars. Many are simply not ready because they don't have the money. But Hespe wasn't concerned. He said the DOE has about $1.3 million to give to districts throughout the whole state!  Yipee!! I feel so much better.

One educator wanted to know when the state was going to provide money to rehire all the lost staff. Pshaw! What a silly question! Why should districts re-hire bad teachers when data will solve every educational problem?


On the opt-out movement

"I'm not seeing an opt-out movement in New Jersey."

"I see no opt-out movement in New Jersey."

Hey, Commish, check this out, and this, and this on Long Island.

The PARCC was only piloted on about 10% of NJ students. It's only November. Once the rest of the state's parents see how much of their child's school year is spent on test prep, once they participate in the various 'Take the PARCC' events that are quickly popping up all over the state, once students are tested and their scores plummet (is anyone doubting they won't?), this movement is going to grow very quickly. This is not, as Arne Duncan said,

This is a movement of concerned parents all across the state who are fed up with their child's education being hijacked by data collection and profit-making.

It is abundantly clear that data is Hespe's friend. I think he loves data more than he loves students. I can't tell you how many times he used that word. He was giddy with anticipation about how all the data the NJDOE collects will be used to solve all our socioeconomic problems and manufacture a super human workforce! He was adamant that parents are hungry for data! Yea, and standardized testing and data were huge parts of FDR's New Deal, and LBJ's Civil Rights Act, and Brown v. Board of Education, and Abbott v. Burke, and...
Questions and comments from educators on data, testing and the CCSS:


"We do not need data! We know what to do for our students!"

"You have more than a decade of data. What are you doing with it?"

"The data teachers are expected to manage is unmanageable! Data is garbage collection!"

"There is no correlation between standardized tests and student achievement. Why not scrap the tests and go back to teaching?"

"Where are the accommodations for special education students on PARCC?"

"There is no data that says the Common Core State Standards are effective. How can you support them when they're not proven?"

"Other than test scores, how do we define and measure success?"

"Our kids aren't 'college and career ready' because we are a culture of testing!"

Cuts to related arts and other programs

Comment: We need leadership from you to preserve the arts.
Answer: Teach across the curriculum.

Questions and comments from educators:


"Since the state takeover of Camden, teachers do not have the materials and curriculum to do their job. The materials are coming from North Star Academy [charter school]."

"How do you support teachers when you appoint a Camden superintendent with no teaching experience?"

"When will you come to low-income communities to see what's going on?"

Hespe actually answered this last question. He simply said, "Done!" I hope the person who asked that question holds him to it.

When he asked the crowd of several hundred how many wrote their SGO collaboratively with their administrator, less than 10 people raised their hands.

To his credit, NJEA President Wendell Steinhauer did his best to keep the questions to 30 seconds and the crowd from wielding pitchforks and torches. There was a lot of calling out when a question or comment was cut off, or simply not answered—and there was a lot of that. Hespe is first and foremost a politician. As a Christie appointee, he is there to do his bidding. He may have taught college classes, but he has absolutely no concept of K-12 education.

The one sign of hope is the new board president, Mark Biedron. In September the Garden State Alliance for Strengthening Education held a symposium to "present a statewide action plan to connect critical elements supporting New Jersey public school educators and effective teaching." The coalition's founding members are:


In the audience were educators, legislators, NJ State Board of Ed members and DOE employees. I attended, and it was excellent. Too much to go into here, but suffice to say that it's a real plan to strengthen teacher training and retention in the state. Biedron and many in the state legislature are very excited about its implementation.

The United States is indeed the most powerful country in the world. We can obliterate just about any other nation with the push of a button. But, can we really call ourselves the "greatest" when the plain, simple truth is we are neglecting our future—our children— because competition and profits are more important?

Jesus said, "That which you do to the least of my brothers, you do unto me." No matter what your beliefs about him—whether the Son of God, a really smart guy or a fictional character—he was absolutely right.

When it comes to educating our children, the US and NJ are absolutely wrong.

Posted by Marie Corfield at 7:58 AM