This is what parents in the state controlled Newark Public School District must resort to now that their children's democratic right to a "thorough and efficient education" has been denied.


Since its inception, embattled former Newark Superintendent Cami Anderson's ill-conceived One Newark plan that was supposed to provide more school choice and 'fix' 'failing schools', has been an unmitigated disaster.

From increased segregation, to siblings being bussed to different schools all over the city, to punishing schools that serve a higher population of special needs students, to actually denying parents the right to send their children to the school of their choice, this bureaucratic nightmare has been roundly rejected by parents and students. And despite an Empirical Critique of One Newark by Rutgers University's Dr. Bruce Baker and doctoral candidate Mark Weber (aka. Jersey Jazzman) highlighting the deep flaws and inequities of the program, it has been 'damn the torpedos and full speed ahead' at 2 Cedar Street.

But Newark's families never let up. Their vociferous protests were the driving force behind Anderson's departure. And with her, they assumed would go One Newark. But such is not the case. As a new school year looms and a new superintendent (former NJ Education Commissioner Chris Cerf) takes the helm, school registrations began yesterday.

The process is anything but easy, and accurate information is hard to come by. So, Frankie Adao of the Newark Parent Power Movement (formerly the Newark Parents Union) went under cover this week to infiltrate the pre-school registration process to deliver that info to parents who don't have time to spend hours waiting in lines only to be spoken to by robotic NPS employees with fake smiles and rehearsed responses. You can read his full report on his blog here. Following are the highlights. All emphasis mine:


As I approached the entrance to the courtyard, a security guard greeted me pleasantly. Mind you, in the past I would get thrown out or not even let in. Luckily a little weight gain, a beard and hat did the trick. Going incognito is now what parents have to do to investigate the district and see what is going on. I felt like a secret agent about to infiltrate enemy territory.

The classroom was arranged like a Motor Vehicle Center. You had to put your name on a list at a long desk separating the people from the registration stations. I entered a fictitious name. I was number 42, although there appeared to be more than 42 people seated. I overheard some of the parents saying, “This is ridiculous!” “Why can’t I go right to the school and register?” “Why are they making us go through this whole process?” I gently and quietly leaned over to the mom sitting next to me and said, “It feels like the DMV.” She told me this was her third time to the center and was told that she would need to come down in person to find a match for her child. As with the tension from the patrons who are at the will of the Division of Motor Vehicles clerks, so were these parents!

I could hear parents were very upset. Their children were not being placed where they wanted them to be educated. One staff member told a parent, “If you are going to talk to me in a calm manner, I will speak with you, but if you get loud I will not!” The parent said, “I am pissed off and want my kids to go where I say they should go, not you!” This is typical of the upset and angry conversations that have been going on between Newark parents and the Newark Public Schools central office staff for the last year and a half. [Chief Talent Officer] Vanessa Rodriguez walked out of the office, passed the upset parents and headed down the hall to the Pre-K enrollment class I originally was in. I followed right behind her. She relieved the staff member and began assisting a bilingual family looking for placement. In the 30 minutes I stood there, I did not hear one single parent called to a station.

[Mayor Ras Baraka's Chief Education Officer] Dr. Lauren Wells entered the room. I knew she was there to get the info and I wanted to know as well... All the district staff immediately perked up and automatically went on alert. I moved closer to get within earshot of what was being said. Dr. Wells was asking all the same questions my parent team was messaging me to find out: How was the process going? How were families being treated? How many available seats were opened in the district? What did the numbers look like?

Dr. Wells was then met by [Executive Director of Community Affairs and Engagement] Ruben Roberts. He was dressed in his best linen suit and he immediately gave the canned district responses. There was a bulletin board by the Pre-K room with postings that showed how many seats were available in each school. It was hard to take a snapshot of it as security and NPS district employees were guarding the info. Dr. Wells asked if the list was accurate with numbers and Roberts said that it changed frequently. She asked if the information was online for the public and he said, “The list is just for us, the numbers are changing all the time.” When Dr. Wells asked if families were being helped, he responded, “They are being placed, but it may not be where they hoped to be placed.”

Dr. Wells and I walked out through the courtyard of the Enrollment Center together. I again told her that I was here to get a report for the team and parents we serve. I said, “Looks kind of organized, better than it did in previous enrollment sessions.” Dr. Wells responded, “Organized…Organized Chaos.” We agreed with a smile. I wished Dr. Wells a good day, got in my car, flipped my #PARENTPOWER t-shirt the right way and headed home.

This would never happen in one of New Jersey's wealthy, mostly white suburban school districts where poverty isn't much of an issue. It would never happen where people have the power to write big checks to elect representatives who actually listen to them instead of party bosses and corporate raiders. Only in our poorest urban centers does the right to a 'thorough and efficient education' mean many times being denied access to neighborhood schools. I've said it before and I'll say it again, 'choice' does not equal 'access'.

I have nothing but enormous respect for the parents and students of Newark who refuse to have their voices silenced. As Chris Cerf takes the helm, they will have to shift gears, but there is no doubt in my mind that they will never give in, they will never back down until all parents and all students in Newark are truly treated equally. 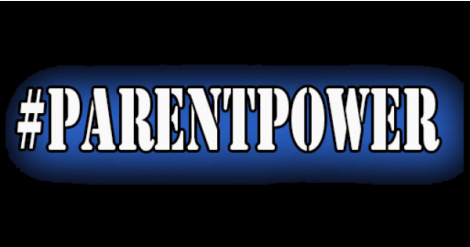