(UPDATE: Please see the addendum at the end of this post.)


Part I of this series on the round table discussion between NEA President Lily Eskelsen Garcia and NJ education bloggers and activists focused on the devastating effects of high-stakes testing on special needs children, and how edu-preneurs are profiting from the testing boom.

As with Part I, unless otherwise indicated, all quotes are Lily's.

When you repeat a lie often enough it becomes the truth*

*Attributed to both Vladimir Lenin and Dr. Joseph Goebbels. 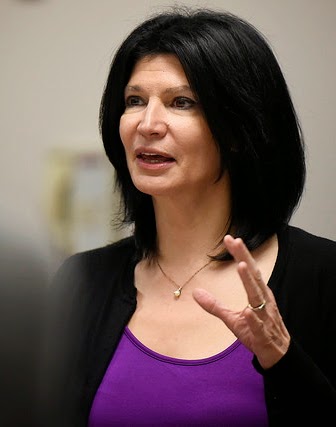 "Everything [Secretary Duncan] said, everything [he's] advocated for says there must be a consequence for not having your quota of kids hitting your cut score...

"The fact is that standardized tests won't tell you if kids are college and career ready, yet they say it and the mainstream press prints it. And that has to end." (emphasis mine)

In the past six years or so education blogging has exploded. My blog roll is but a small sampling of the highly educated and well informed citizens who are writing about what's happening. Lily blogs and Tweets: here's her account of her NJ trip. Diane Ravitch's blog alone gets thousands of hits a day. Ed bloggers are doing incredible investigative work connecting the dots between Wall St., Silicon Valley billionaires, charter schools, test prep companies, 'charities' such as The Broad, Walton and Gates Foundations, ALEC (The American Legislative Exchange Council) and Washington, DC. They're writing books, too. Years from now, when this house of cards falls, I hope somebody will be giving out awards for all their efforts.

"The bloggers and the educators are the only ones asking, 'Why are we basing so much of education funding on something that benefits the testing industry?'"


If you are a regular reader of this blog, you know about the ongoing feud some of us have with The Star Ledger editorial board including director, Tom Moran (here, here and here for starters). Despite numerous attempts to educate him on the facts, he simply refuses to do his homework. It's no wonder Lily didn't want to meet with them. They're not alone. Other Pulitzer Prize-winning newspapers are equally inept in their reporting, preferring to shill for those setting the policies or, like The Los Angeles Times, resorting to McCarthy-era tactics like publishing teachers' evaluation scores (the newspaper's reasoning being this is public information). A short time later a teacher who was rated ineffective took his own life. "Family members have guessed that the rating contributed to his death."

Why the dearth of factual reporting? Much has been written about the incestuous relationship between the mainstream media and the billionaires who fund ed 'reform', but a good place to start is this David Sirota piece. For example, Rupert Murdoch's News Corp owns The New York Post, The Wall Street Journal and Fox Broadcasting Co. as well as Amplify, the company that was awarded a $12.5 million contract from the Obama administration to develop Common Core assessments.

Is it any coincidence that Fox News comes down squarely on the side of 'reform'? There is so much wrong with this Tucker Carlson piece it's cringe-inducing, and my own appearance on Fox and Friends had me wondering how anyone in their right mind could believe that garbage. 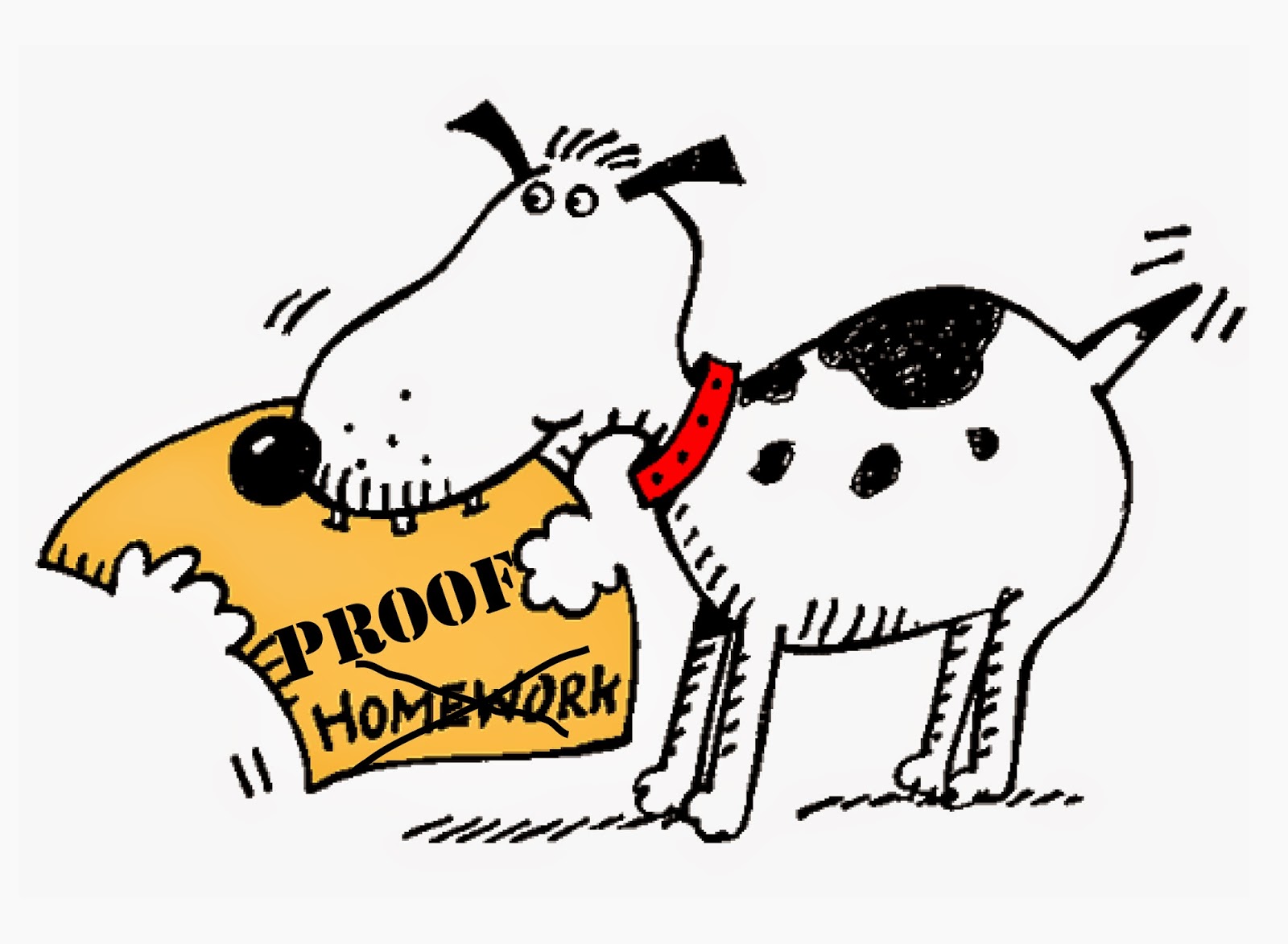 The traditionally 'liberal media' isn't entirely innocent. Although MSNBC's Morning Joe generally has a balanced roster of panelists and guests, Joe Scarborough has a personal ax to grind with teachers unions. (And I'll talk about NBC's Education Nation in Part III.) As I've said before, with all the excuses we hear from students about why they didn't do their homework, educators are experts in B.S. detection, and there's a whole lotta that being shoveled at the uninformed general public by media outlets that fan the flames, beat the war drums and call for teachers' heads on platters because "it's all about the children profits."


"Though it is rarely mentioned, the truth is that the largest funders of the 'reform' movement are the opposite of disinterested altruists. They are cutthroat businesspeople making shrewd financial investments in a movement that is less about educating children than about helping 'reform' funders hit paydirt. In that sense, they are the equivalent of any industry leaders funding a front group in hopes of achieving profitable political ends (think: defense contractors funding a front group that advocates for a bigger defense budget). The only difference is that when it comes to education 'reform,' most of the political press doesn’t mention the potential financial motives of the funders in question.

"While I’ve written about this reality before, recent news perfectly exemplifies how the 'reform' movement is really just a sophisticated business strategy."


(Note to Tom Moran: Is David Sirota a 'conspiracy theorist', too?)


We've entered a bizarro world I never could have imagined when I started out doing this stuff back in the mid-1990s. And this Bizarro world is being promoted from the supposed highest echelons of our highly stratified society.
[...]

This idiocy - cast as lofty super-intellectual progressivism that us poor common folk simply can't grasp... has to stop.

We are being led down a destructive road to stupid - by arrogant, intellectually bankrupt, philosophically inconsistent, empirically invalid and often downright dumb ideas being swallowed whole and parroted by an increasingly inept media - all, in the end creating a massive ed reform haboob distracting us from the relatively straightforward needs of our public schools.


Lily gets the last word:

"It's just incredible that Campbell Brown and Silicon Valley [billionaires who are financing Vergara] are all very wealthy and most of them have Wall Street ties. Isn't it just a coincidence that all these really wealthy billionaires woke up and said, 'I want to make the world a better place. Let's fire more teachers.' Not 'let's find better ways to train or hire teachers.' If you fire a bunch of people but have the same hiring practices, you're still going to get the same people, so how serious are you?

"What they're really saying is, 'We need a really fast, easy way to get rid of a bunch of teachers.' And replace them with... what? Teachers who never taught pre-NCLB. [Teaching to the test] is the only way they know how to teach."


... and not doing their homework is the only way mainstream media knows how to report on education.

The false invitation to educators and what happened when one said, "No more!"

The following two excellent blog posts on the ways ed 'reformers' are buying the media and shaping the message were brought to my attention after I originally posted this piece.

Those with the obviously-declared education privatization agenda have appointed themselves the “keepers of the education conversation.” They will publicize what they decide “works.” After all, they are above actually doing the educating, and since those of us doing the educating are “too busy,” we need for them to cement the narrative that what they pay for (test-driven reform, charters, vouchers) is what “works.” As Washington Post’s Lyndsey Layton reports:

Bruce Reed, president of the Broad Foundation, said the idea for Education Post originated with his organization but that other philanthropic groups had recognized the need years ago. …
One of the goals of Education Post is to publicize what works in public education, Reed said.
“Administrators, school leaders and teachers have papers to grade, schools to run, and they don’t have time to get out and talk about this,” he said. “This is an effort to help spread information about what works both inside the field and outside.”
Education Post also will have a “rapid response” capacity to “knock down false narratives” and will focus on “hot spots” around the country where conflicts with national implications are playing out, [former Arne Duncan communications shaper] Cunningham said. [Emphasis added.]

Information control, my friends. And, of course, the controlled narrative will feed the idea of corporate reform “success”:

While there are myriad nonprofit organizations devoted to K-12 education,none are focused solely on communication, said Howard Wolfson, an adviser to Bloomberg Philanthropies.
“There hasn’t really been an organization dedicated to sharing the successes of education reform around the country,” Wolfson said. “You have local success, but it isn’t amplified elsewhere. And there is a lot of success. There is also an awful lot of misperception around what ed reform is, and there hasn’t been an organization . . . focused on correcting those misimpressions.” [Emphasis added.]

I’m sorry, but the “misimpression” of corporate reform as being punitive and destructive to the community-based school and the career teacher and friendly to a grossly-under-regulated privatization is beyond “impression”; it is a reality fostered not only by years of a failed NCLB but one that continues to be fostered by NCLB waiver-yanking US Secretary of Education Arne Duncan.
How funny that those keen on promoting the traditional public education “failure” narrative now want to shape it into a “success” designed to conceal their own failure.

Second, Anthony Cody writes about the overt ways corporate money buys messaging. Please read the entire post and share. This is the next wave of ed 'reform':
We have some brand new players entering the field. Peter Cunningham, former PR agent for Arne Duncan at the Department of Education, has convinced billionaires Bloomberg and Walton to give his new Education Post $12 million to “shift the conversation” about education reform, away from the polarized place it has been.
In an early post on the Education Post, Cunningham wrote,

With the support of Bloomberg Philanthropies, The Eli and Edythe Broad Foundation, and the Walton Family Foundation, we are launching a new organization called Education Post to provide a strong voice for those who believe the current education system needs to get better.
We will spread the word that in communities around the country progress is being made. All across America, there are countless success stories where states and districts had the courage and determination to put aside politics and work together to improve education.

And coming soon, with funding from the Gates Foundation and others, Edreports.org,

a new, independent nonprofit designed to improve K-12 education in the United States, will launch in winter 2014. EdReports.org will provide free, web-based reviews of instructional materials series focusing on alignment to the Common Core and other indicators of high quality as recommended by educators, including usability, teacher support and differentiation. These Consumer Reports-style reviews will highlight those instructional materials that are aligned to the higher standards states have adopted so that teachers, principals and district and state officials charged with purchasing materials can make more informed choices.

How does this represent bias?
This week, some in the media have begun to take notice of the effect money attached to an agenda can have. Areport in Current describes what has become the elephant in the editorial room, especially in what is now inaccurately called “public” media:

The [Gates] foundation has supported public radio and TV journalism for years, backing coverage of global health, another priority for its philanthropy, as well as education. Within the past year, it has extended that commitment with $1.8 million in support to NPR for expanded education reporting. It also gave $639,000 to American Public Media for multiplatform coverage of education technology, to be featured on Marketplace’s broadcasts and website. In previous years, the Gates Foundation has also supported Frontline, PBS NewsHour and Teaching Channel, a nonprofit producer of public TV programming.

Posted by Marie Corfield at 1:55 PM