"This is a test. This is only a test. If this had been an actual emergency..." Yea, you know the drill. More on this later...

This is Ethan Rediske and his parents. Ethan is an 11-year old Florida boy who was born with cerebral palsy. He is also blind and brain damaged. He is perhaps the poster child for all that is toxic and outright dangerous in education 'reform'—especially standardized testing. More on him later...

This is Lily Eskelsen-Garcia, newly elected President of the National Education Association.

What do all three have in common? Keep reading...

A woman on a mission

Lily is on a mission to energize fellow education professionals and parents to fight high stakes testing and she's taking it to the streets. As part of her 50-state Back-to-School tour, she declined a meeting with the Star Ledger's editorial board, citing the fact that mainstream media is woefully out of touch and misinformed about education 'reform'. Instead she chose to meet with New Jersey education bloggers and activists Mark Weber (Jersey Jazzman), Ani McHugh (TeacherBiz), Darcie Cimarusti (Mother Crusader), Melissa Katz (The Education Activist), Melissa Smearer-Tomlinson, Susan Carlsson of Save Our Schools NJ, and me, along with Rosi Efthim, editor of the progressive blog, Blue Jersey, parent activist Rose Jorgensen, and educator and media consultant, Ronen Kaufman.

As the president of the nation's largest labor union, Lily is a woman of the people, with legions of adoring fans both inside and outside the association. Why?


With Lily at the helm, I am optimistic about the direction the NEA is heading. After several years of effort, we finally drew our line in the sand this summer by passing a resolution calling for the resignation of Arne Duncan—not an improvement plan, as AFT did. No, this was a flat-out call for his resignation.

She listened to our call and she's taking action.


The focus of our 90 minute round-table conversation was the devastating effects of high stakes testing on students, educators and public education as a whole and how to stop it.

With so much meaningful input from all who were present, it took a while to translate it into a user-friendly format. What follows is a quote or paraphrase from our discussion followed by some informational text for clarification. Unless otherwise noted, all quotes are Lily's.


Who really should be held 'accountable'?

"I am on a crusade against this toxic testing. It's not whether the test is good or bad. It's not whether the standards are good or bad. It doesn't matter. If there's some kind of standardized test that's about 'hit your cut score' otherwise you're going to get punished, they can turn something perfectly good and wonderful into something toxic in a school. I haven't talked to anyone who supports it, and by the way that includes secretary Duncan. But I don't see him saying, 'lets stop that'."


What kind of crazy punishments and/or carrots and sticks is your school district dangling in front of educators and students? We spoke about administrators denying students recess or promising to abolish the dress code if students hit their cut scores. This is not best practice! This is bribery! And the bribery starts at the Department of Education. School districts across the country are being bribed: increase your test scores or you don't get your funding.

But perhaps the cruelest story of all is the deplorable and downright inhumane treatment of special needs children, especially Ethan Rediske. His mother describes what he went through because of standardized testing and how she fought back (emphasis mine):


Not only was the Florida Adapted Assessment inappropriate for the level of my son’s abilities, it endangered his health – the long, stressful testing sessions requiring him to sit in his wheelchair caused pressure sores, fluid to pool in his lungs, and increased seizures and spasticity that contributed to his deteriorating health.

Only after climbing a mountain of paperwork and garnering media attention was Ethan granted a medical waiver for the FAA. Despite assurances at his IEP meeting that the waiver would be granted again for this school year, the school district demanded paperwork proving his continued medical fragility. The insult to this injury was that he was on his deathbed – the school district and the state of Florida required a letter from hospice care stating he was unable to take the FAA.

This incident caused anguish to my family and his teacher, and shows a stunning lack of compassion and even common sense on the part of the Department of Education. His exceptionally talented teacher faced threats and sanctions because she continued to work with him even though he wasn’t preparing for the FAA. I wonder if these administrators are more concerned with policy, paperwork, and their bottom line than the children they have been elected to serve.

There is nothing in any state or federal law that says kids should be denied recess or a child on their deathbed should have to take a standardized test. So when parents and students are put in that position, they need to "just say No". Lily called for educators and parents to organize push back and keep pushing back until someone takes responsibility because no one is taking responsibility for insane practices such as these.


"The one who is ultimately accountable is Secretary of Education, Arne Duncan, and he's not taking responsibility for what has become toxic in our schools, so who do we hold responsible when no one will?"

On edu-preneurs and big money

"That Value Added voodoo number has tied us in knots. Districts that don't have enough money for librarians and ESL teachers now have full time Test Compliance Officers who only monitor test scores and whether or not a district is hitting its cut score of students passing standardized tests."

"The billion dollar edu-business has benefited from this insanity. Just like Wall St. sold toxic bundled mortgages, they're now bundling test prep and scripted reading because [states] are invested in fear."


Some time earlier this year, my school email started filling up with spam from vendors selling all sorts of miracle cure-all CC$$ products: test prep, lesson plans, Core-aligned 'assessments', you name it. Since the start of this school year, which is only a couple of weeks old, that number has increased significantly.

Test prep companies are making out like bandits because the Common Core and its related tests are fear-based. Their products have nothing to do with making students 'college and career ready'. A well-rounded curriculum that includes the arts, health and physical education, foreign languages and a variety of electives and clubs will. But in our dysfunctional ed 'reform' culture, there's no time or money for that. If a school district's students don't hit their cut scores, they risk losing millions in federal funding. It really is that simple. And the irony is that the vendors are invested in their failure because they want to be there to create the next thing. 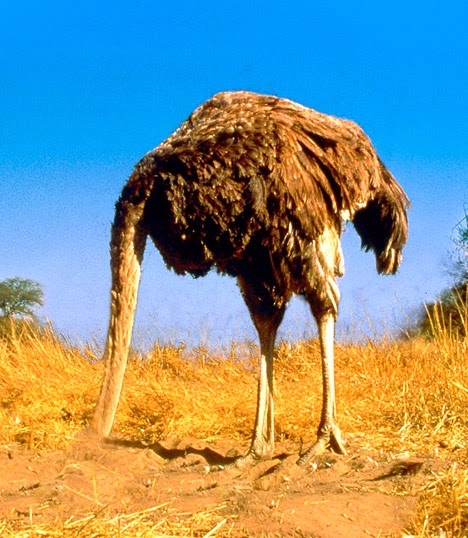 "Oh Marie," you say, "you really can't be serious. We're talking about children! These companies would never do that." Take your heads out of the sand, folks. The primary goal of education companies—like any other for-profit company is to make money, and once the Obama administration green-lighted Race to the Top, it opened the floodgates for them to design and sell all sorts of "new and improved" test and curriculum products.

It's Advertising101. Nike expects sneakers to wear out so they design new ones. Apple designs a new iPhone every few years. Supermarket shelves are overflowing with "new and improved" junk food. Edu-preneurs are no different. These companies have always made a profit, but the difference now is that parents and school districts are scared. And fear is a powerful purchasing motivator.


"Who would have thought the Reagan years were the glory years of education?"


"If this had been an actual emergency, the signal you just heard would have been followed by official information, news or instructions..."


There is no public education emergency, folks. But those in charge don't want you to know that because the real life or death emergency is poverty. And a new pair of Nikes new standardized test can't fix that, but it sure looks good to the naive.

In Part II, we talk about the dearth of mainstream media reporting, the false invitation to educators to be part of the discussion, and what Lily learned when she visited a Camden school.